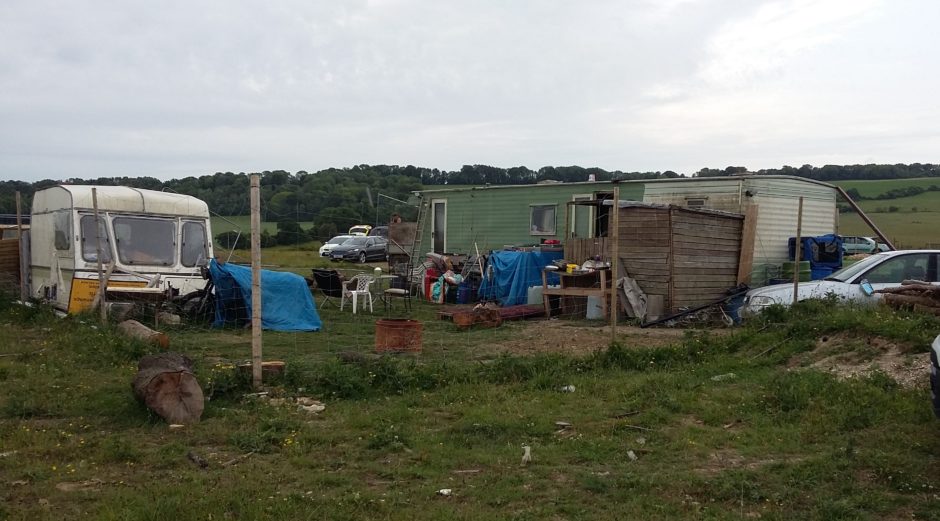 Enforcement action has been carried out to remove two residential caravans that were unlawfully sited on an agricultural field in the South Downs National Park at Soberton, Hampshire.

In a joint exercise between the South Downs National Park Authority and Winchester City Council, a specialist contractor was appointed to carry out direct action to remove the caravans and other domestic paraphernalia such as scrap vehicles, gas bottles and rubble.

The plot, off Long Road, near Winchester, contained one static and one touring caravan, contrary to the land’s lawful planning use for agricultural purposes. Fencing had also been illegally erected – in breach of a restriction agreed by the Secretary of State in 2004 which prevents erection of fencing around plots.

It comes after an enforcement notice was served in November last year by the South Downs National Park Authority. The notice required the owners to:

After none of these steps were taken, a letter was hand delivered to the occupiers on 18 April 2019 giving notice that direct action was being considered and inviting the occupiers to comply with the notice.

The enforcement notice set out the planning harm, including its prominent and conspicuous location in the National Park, breach of the Secretary of State-endorsed restriction, breach of the Winchester District Local Plan Joint Core Strategy and the emerging SDNPA Local Plan. The development also contravened the statutory purposes of the National Park to conserve and enhance the natural beauty, wildlife and cultural heritage of the area.

Due to non-compliance with any of the steps, enforcement action took place over 4 and 5 June.

Tim Slaney, Director of Planning at the South Downs National Park Authority, said: “Direct action is rarely used and is often a last resort. The decision was however reached having exhausted all other options.

“The division of the land means that, if action is not taken on this particular set of events, it is possible that further unauthorised harmful development will occur. This would undermine the first purpose of the National Park to conserve and enhance the natural beauty of the area, and frustrate local communities and others who abide by the planning system that we all benefit from long-term.”