Working to restore nature in the South Downs

Last year the Campaign for National Parks published a report calling on National Parks in England and Wales to do more to halt and reverse the loss of wildlife in Britain.

We said at the time that it’s absolutely right for the Campaign for National Parks to set down the challenge when it comes to wildlife in National Parks.

But, what does wildlife in the South Downs National Park actually mean?

As the UK’s most populated and most visited National Park, the South Downs is very different to the other protected landscapes.

We benefit from an intimate patchwork of woods, heaths, downs, arable land and riverside meadows. These habitats are critically important for species of butterflies, reptiles and plants.

While we lost a significant swathes of habitat in the period just after the Second World War as farming became mechanised and chemicals were introduced to the landscape, a great deal remains and, it’s because of low-intensity farming methods that it exists.

Lowland heath, one of the rarest habitats on Earth, was created more than 6,000 years ago when Neolithic man began to clear the forests. 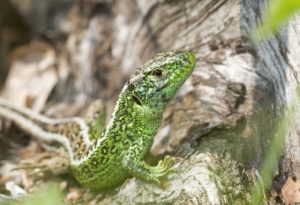 The acidic sandy soil couldn’t be used for growing crops so was put aside for grazing and what emerged was a landscape of dry heath and wet bogs and within its dwarf forest of gorse and heather lies a magical world. Woolmer Forest sits on the border of Hampshire and West Sussex and is the only site in England to support all twelve known species of reptiles and amphibians, including sand lizards and adders.

As with lowland heath, chalk grassland is also another incredibly rare habitat that was shaped by humans and livestock.

The result of forest clearing as far back as Neolithic and Bronze Age times and grazed by sheep for centuries, chalk grassland is home to a remarkable array of plants and creatures, including many pollinator species of bees, butterflies and moths. Look close enough and you may find 30-40 different species in just one square metre.

Since World War II, the country has lost around 80 per cent of grasslands like these. In the South Downs they now cover just 4 per cent of the National Park’s area.

We are working with a range of local partners to protect what remains and reverse this process of decline. Each year volunteers clear invasive scrub, collect and propagate local grassland seeds, and together we have restored nearly 1,000 hectares of chalk grassland in the National Park. 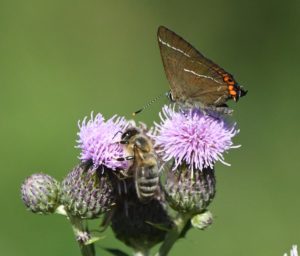 Bee Lines is a project initiated by the South Downs National Park Authority to work with farmers and landowners to return sections of farmland back to nature by planting new wildflower corridors to help connect chalk grassland sites across the National Park.

Through partnership working and collaboration with other bodies, we’ve also seen the return of several species to the National Park. Water voles have now been successfully reintroduced on the Meon River and otters have been spotted on the Rother river after decades of being absent.  When it comes to birds of prey, red kites and goshawks are now widespread across the Downs.

Recently, the South Downs National Park Authority was named as the preferred bidder for the ownership of Seven Sisters Country Park.

As part of the bid, we put forward a long-term plan to improve habitat for seven important native animal and plant species which would be key indicators of landscape and biodiversity quality – the Lapwing, Adonis blue butterfly, redshank, meadowsweet, ringed plover, reed warbler and the wigeon.

We will continue to seek out new initiatives and partnerships to improve nature conservation across the National Park for both people and wildlife.