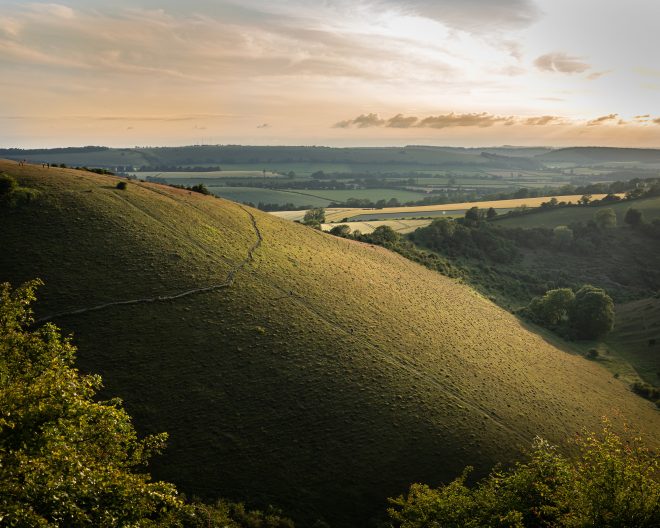 The highest point on the South Downs and one of the most visited hills in southern England will be significantly improved for walkers and wildlife, thanks to new funding of £240,000.

At 271m, Butser Hill is one of the crown jewels of the South Downs National Park, visited by over 80,000 people every year who come to enjoy its panoramic views of coast and country and the enchanting wildlife.

One of the focuses of the five-year project will be the dramatic chalk scarp slope called Grandfather’s Bottom. Invasive scrub vegetation will be removed to accentuate the drama of the South Downs landscape and enhance chalk grassland that is home to several rare species, such as the chalkhill blue and Duke of Burgundy butterflies.  Around 380m of path and steps also will be resurfaced.

Other highlights of the work will be:

Trevor Beattie, Chief Executive of the South Downs National Park Authority, said: “Butser Hill is one of the iconic gems of the western side of the National Park and this major new funding will improve the visitor experience even further.

“Chalk grassland is an internationally-important wildlife habitat, so I’m pleased this work will further enhance the biodiversity, the dramatic views and also help people get closer to nature. The project fits seamlessly into the National Park’s long-term plans for nature recovery and creating better places for both people and nature. I hope it will also inspire people to find out more about the area’s rich history and ways we can all care for this treasured landscape.” 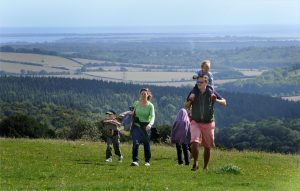 Councillor Edward Heron, Hampshire County Council’s Executive Member for Recreation, Heritage and Rural Affairs, said: “Butser Hill is a much-loved landmark and a top attraction for visitors to Queen Elizabeth Country Park. I’m delighted that we can confirm the go ahead for this exciting improvement scheme. The project will help more people to enjoy this special site, whilst also preserving and enhancing its ecological and biological importance.”

Funding has come from the National Grid Landscape Enhancement Initiative (LEI). LEI is part of National Grid’s Visual Impact Provision (VIP) project, which makes use of a provision from the regulator, Ofgem, to reduce the landscape and visual impact of existing high-voltage electricity infrastructure in English and Welsh AONBs and National Parks.

Environmentalist and broadcaster Chris Baines, who chairs the independent Stakeholder Advisory Group for National Grid’s VIP project, said: “Through the Landscape Enhancement Initiative, National Grid is making a positive contribution towards preserving and enhancing the natural beauty, cultural heritage, biodiversity as well as accessibility within England and Wales’s most precious landscapes.

“We’re delighted to be working with stakeholders to provide funding for this important project at Buster Hill in the South Downs National Park and very much look forward to watching their progress as they work to help to make this historic and exceptionally beautiful area even more enjoyable to visit.”