You are here: Home News An interview with sculptor Graeme Mitcheson

An interview with sculptor Graeme Mitcheson 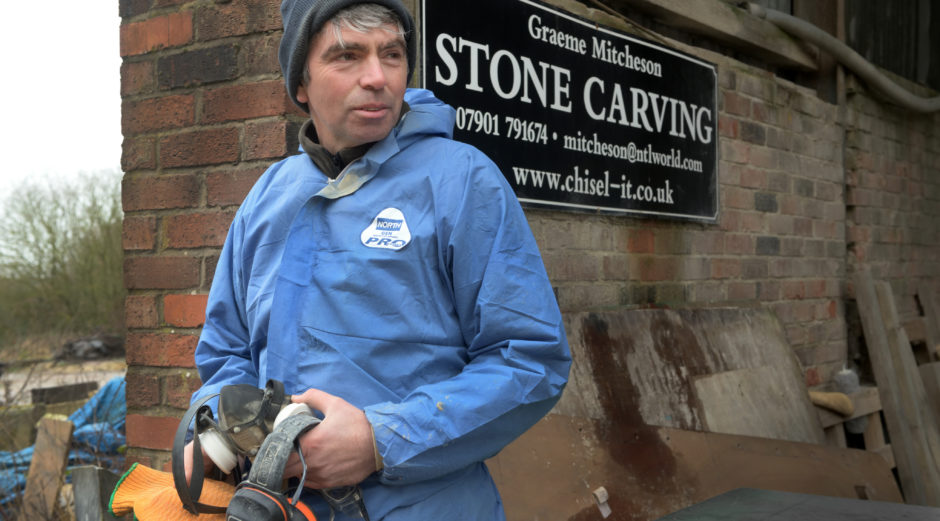 Graeme Mitcheson was commissioned in February 2018 , thanks to a generous heritage lottery funded grant, to create seven artistic pieces for seven heathland sites. They reflect what each community values about their heath – from their history and past economic importance, to their rare plants and animals capturing the unique individual stories of each site while also showing how they are connected. Throughout last year Graeme was out in the local community working with schools, rangers and local community groups to inspire the pieces. The designs have now been finalised and the full planning application will be submitted in the coming months.

Here Graeme shares more about his life as a sculptor, his inspirations and aspirations.

Name: Graeme Mitcheson
D.O.B: 16/04/73
Qualifications: Graduating from Loughborough College of Art in 1995. Graeme’s public art pieces can be found across the UK. Graeme Mitcheson is an elected member of the Royal British Society of Sculptors.

How did you become interested in art? My first interests probably began when I was a child. My dad used to make model trains. They were very small and detailed. I remember once he came back from a competition really miffed. It was because he had lost out on a placing as the judges thought he had used a modelling pack, rather than making it from scratch. He then found out which trains didn’t have model packs and made sure he constructed one of them for the next competition.

He made sets as well and was always so creative, using tiny pieces of crushed stone to make miniature dry stone walls.

Favourite art style? Figurative – this form of art refers to art that retains a strong reference to the real world – particularly to the human figure.

What is your most important tool? Imagination

Proudest achievement? Making the Naval Service Memorial at the National Memorial Arboretum. A very important memorial for so many people, the unveiling was on live TV and attended by 3,000 people.

What was the first sculpture that you sold? I sold two large stone sculptures from my degree show that helped to pay off my student loan! They were sculptures containing carved fabric draped over objects as part of my Degree show in 1995. They were both put on public display at the Ferrers Centre for Arts and Crafts in Leicestershire until very recently when a delivery driver reversed into one and broke it in half. The other is still there and still going strong.

Do you have any other hobbies? Almost every sport! Football, cricket, hockey, darts, karting, golf. I’m very competitive!

In relation to the sculptures you are making for the Heathlands Reunited project:

Which piece do you think will be most challenging to make? I think the sculpture for Graffham with the small horse standing on the pig will be the most challenging and will probably take the longest to carve. This is the largest of all of the works so there are logistical challenges with that too.

How long does it take to make each piece? It varies but generally two to three weeks per sculpture.

Do you have a favourite piece? I will let you know when I’ve finished!

What are you most looking forward to? Most of the sculptures are very large and the carving and removing of large quantities of unwanted rock is a very physical task. The sculpture for Black Down, however, consists mainly of small hand-drawn and hand-carved letters which will be a far more enjoyable process.