You are here: Home News The Importance of Dark Night Skies

The Importance of Dark Night Skies 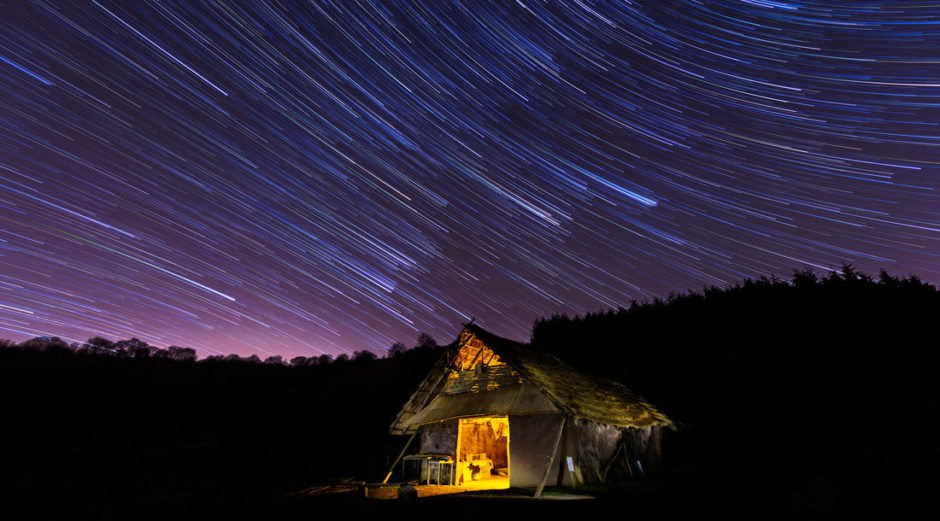 The South Downs Dark Skies Festival is running from 15 February until March 3 2019. We’re sharing articles to help you understand what we mean by dark night skies, their importance and their effect on wildlife and our wellbeing. This article was written by Graham Bryant FRAS, President of Hampshire Astronomical Group. Image © Deepal Ratnayaka.

If like me you appreciate the unique environment of the South Downs you will not fail to appreciate a wonderful stroll on a crisp winter’s day along many of its footpaths, especially if you are walking off some overindulgence of this festive season. During such walks you may see some of the wildlife of the National Park such as roe deer, rabbits, and hares. Above our heads you may spot buzzards, and increasingly, red kites and hear the cawing of crows and rooks high in the bare trees at this time of year.

The sun sets early during the winter months and although we have passed the winter solstice we may not feel any perception that the year has turned and the days are getting just slightly longer, as often we experience January and February as the coldest winter months.

Daytime walks may be followed with an evening curled up in front of a warm fire with family or a good book or maybe you are someone who loves to share or listen to good stories. Story telling has a long tradition.

Limiting our experience of the great outdoors to just the daytime robs us of seeing and experiencing a truly wondrous environment; one which is often more peaceful and tranquil – the night.

There are many areas in the South Downs where the stars are more easily seen, especially in those dark skies areas. Wrapping up warm and stepping out into the night and seeing the crisp twinkling starlight is a beautiful spectacle. Perhaps a crescent Moon hangs in your sky illuminating the ground in front of you – allowing some time for your eyes to become accustomed to the dark, you will clearly see the environment around you, both on the ground, and in the sky.

This time of year we will see slipping away in the west the autumnal constellations of Cygnus the Swan and Aquila the Eagle; and in the east, rising ever earlier in our evening sky, that glorious familiar winter constellation of Orion the Hunter.

We are used to stories and tales such as of rabbits fleeing the destruction of their home or of toads in the Wind in the Willows, but who is familiar with the tale of the stars and the constellations? Of the young Phaethon, who was killed when he fell from his father’s Sun Chariot into the river Eridanus and then mourned by his closest friend Cygnus who searched the river for many years trying in an attempt to find his friends body. The gods took pity on Cygnus and turned him into a beautiful and graceful water bird so as he was able to swim on that river in search of his friend, in addition the gods gave him a long slender neck so that he could search the river bed for his friend. Which is why today, you will still see Swans with their heads under the water searching the river bed.

And what of Orion seen only in the winter’s sky? He was placed in the sky directly opposite Scorpio the scorpion who only rises in the summer. The gods placed them well apart as the scorpion stung Orion on his heel and killed him.

There are many other stories to tell of the creatures and constellations in our skies, they are only seen and fully appreciated at night. We will need to venture into the deepening evening dusk to see them and when we are under that starlit vault we may also see our creatures of the night, such as the owls, foxes and in warmer evenings, bats.

I invite you to spend some time under the stars, sharing your night with the creatures in the sky and with those that live out their lives around us during the hours of darkness. Venturing out during any of the South Downs National Park Dark Skies Festival events is a good opportunity to start to learn and experience the secreted night time and then you too may be at home under the starry heavens.