You are here: Home News Hounds in the Downs

Hounds in the Downs 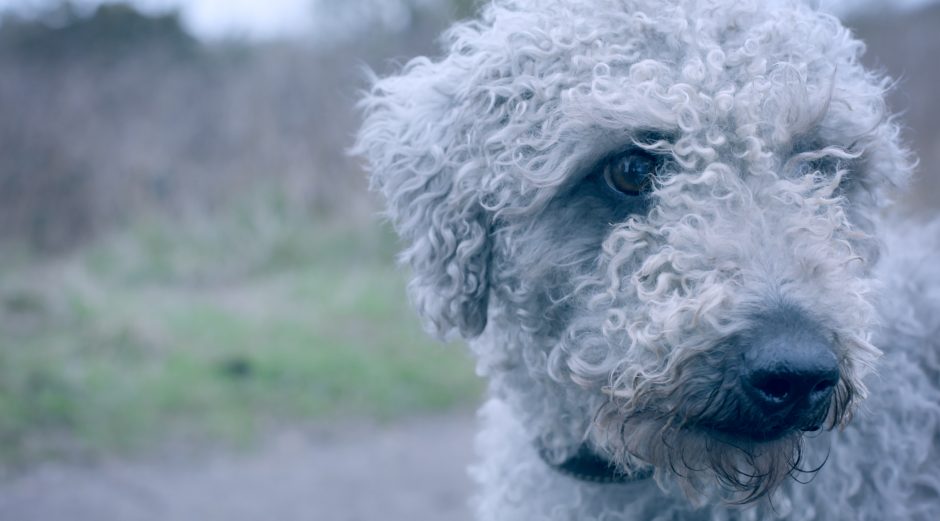 It is a cold and murky January afternoon in the eastern end of the South Downs National Park and the famous white Seven Sisters cliffs are barely visible through the low cloud. Two young ‘media types’ from Brighton looking ever-so-slightly out of place are lingering in the car park above Seaford Head.

They spot a likely target and pounce – in a polite and friendly manner appropriate to someone acting on behalf of the South Downs National Park Authority: “Do you walk your dog here often…”

At least that’s how we imagine the scenario. Perhaps it’s better to ask Dan Evans (creative director at We Are Tilt), directly about the challenge of scouting for dogs, and their owners, to star in the National Park’s new series of films encouraging people to be responsible dog owners and ‘Take the Lead’.

“That’s not exactly how it went,” says Dan. “For a start I’m up on the South Downs with my family escaping the city most weekends so we know the area pretty well. Despite the weather, we spent a fantastic couple of days travelling around the South Downs meeting dog walkers.

“Walking your dog here must be pretty good for the soul because everyone we met was lovely, very open and happy to talk about their pets with us.”

We know that the vast majority of dog owners who use the South Downs are good people who love their animals and wouldn’t dream of doing anything to harm the countryside where they enjoy walking together. They bag dog poo and put it in the bin; and keep their furry friends on a lead or under close control around livestock and when birds are nesting on the ground.

Sadly it’s the exceptions that do the damage and make the headlines. Recently it has been the turn of Malling Down Nature Reserve in Lewes where a total of ten sheep have been killed in the past few months by dogs allowed to run wild.

In all likelihood the owners of the dogs involved believe their pets are soft and cuddly members of the family who wouldn’t hurt a fly. They don’t have to clear up mauled carcasses, deal with traumatised ewes who may abort their unborn lambs through stress or face the financial impacts on their businesses. They may also not even be aware that a farmer has every right to shoot their pet if caught.

The South Downs is also home to many ground-nesting birds – particularly nightjars and any disturbance while the hen is sitting on eggs can end the chances of a successful brood.

It’s clear that something needs to be done to persuade this minority to stop giving dogs, and their owners, a bad name. Step forward Take the Lead, the South Downs National Park’s annual campaign, now in its fourth year, which promotes dogs and their owners who set a great example in the National Park.

“Research shows that people listen to people who are like them and are more likely to do something if that’s what the majority of people do,” Becka Saunders, Campaigns and Publications Officer at the South Downs National Park Authority.

“Take the Lead isn’t about dictating rules but showing genuine advice from real dog walkers with entertaining but clear messages that make people want to opt in.”

For 2017 the campaign will include a series of films entitled ‘Canine Confessions’.

“We were inspired by a viral film of an excited dog wearing a GoPro camera running towards the sea,” says Dan. “We loved the way its ears flap, and how you can see the world from a dog’s point of view, and thought we could take this a step further by hearing what the dogs are actually thinking. We didn’t want to portray the dogs too negatively, so we had the idea of making them lovable reformed criminals – giving them a humourous voice in the style of an AA meeting, where they confess their roguish behaviour.”

Four canine characters have been developed and filmed, each looking at a real-life issue in different areas of the National Park. The first we’ll meet when they launch on 6 March are Candice, a sheepdog who has an issue with ground nesting birds, and Frazzles, a woolly terrier who likes sheep ‘just a little too much’. Separate short films will introduce the real dogs and share tips from their owners.

“I’ve only ever worked with CGI animals previously,” continues Dan, “but the dogs all behaved impeccably.

“In real life though ‘Frazzles’ is actually terrified of sheep following an incident when she was a pup, so it was quite a struggle to make it look like she was gazing longingly at a field of sheep.

“In the end, we resorted to holding a biscuit above her head, and this seemed to do the trick.

“I’ve really enjoyed making the films, even though it’s made me much more aware of the amount of dog poo still left lying around. But it really does feel like most people just want to do the right thing. I hope these films encourage the others to Take the Lead.”

The first two new Take the Lead films will launch online on 6 March 2017.