You are here: Home News We’re going on a slug hunt…

We’re going on a slug hunt… 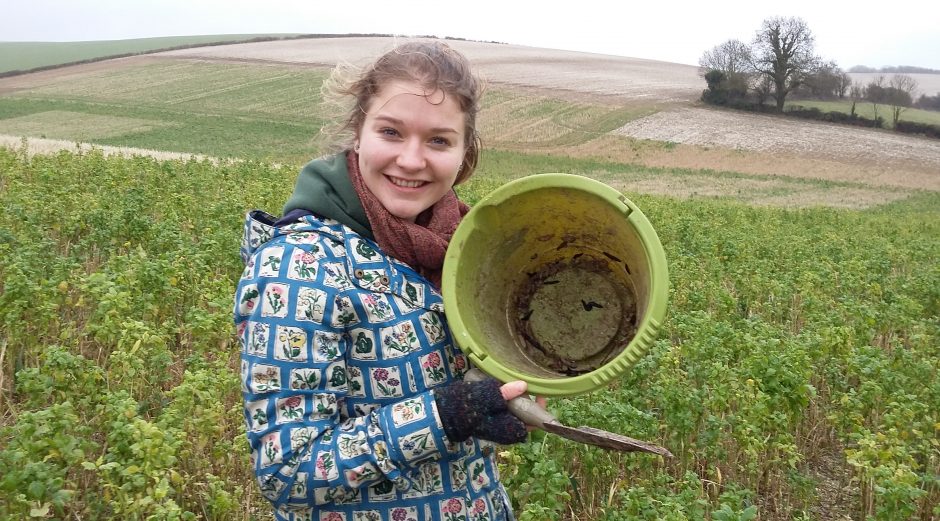 Perhaps not a hunt exactly, perhaps more of a slug audit. But what does counting slugs have to do with a project to improve water quality in the Brighton & Hove area?

Charlotte Eley is a Geography undergraduate in her final year at the University of Sussex but since last October she’s been going out every fortnight – come rain, shine, frost or snow – to bait and count slugs on two farms near Brighton. Her carefully logged results will help to decide whether an innovative way of farming has the potential to be a practical solution to reducing nitrate pollution in our water.

The chalk aquifer under the South Downs provides water to 1.2 million people but, like many aquifers and rivers across the world, it is polluted with nitrates from fertilisers, manure heaps and road run-off. The South Downs National Park Authority is a lead partner in the Brighton ChaMP project, which has been working with two local farmers to test a new method for helping to protect our drinking water using a system called ‘cover crops’.

“Winter is a vulnerable time for water pollution in the National Park as bare fields and higher rainfall allow more nitrates in soil to leach through into the water,” says ChaMP Project Manager Aimee Felus. “Six different crops have been planted on two fields that might otherwise be left bare over the winter together with a control area which has been left bare. Our researchers are going out regularly to test which plants are taking up the most nitrates.”

“Some other trials suggest that cover crops can increase slug numbers which would be bad news for water – more slugs might mean that farmers need to use more pesticides – but there are also reports which suggest that cover crops help to increase numbers of natural slug predators. Charlotte’s work will help to provide much-needed evidence so we don’t see a situation where one type of pollution is swapped for another.”

Charlotte has been monitoring numbers of two different species of slug: Derocerus reticulatum (light brown with specks) and Arion hortensis (black with an orange underbelly). 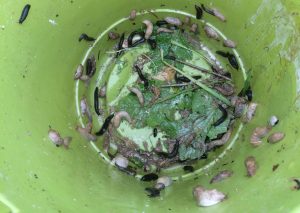 “A lot of time the number of slugs I find seems very dependent on the weather,” says Charlotte. “Like us they like to stay huddled away when it’s really cold. But they do love the rain.

“Although we won’t have conclusive results until the spring it’s encouraging that I’m finding similar numbers of slugs on the control area as some of the cover-crops which might suggest that the crops don’t increase their numbers.”

Other trials have seen a reduction in nitrate leaching of up to 59% and, in some European countries, cover crops are now compulsory in areas where drinking water is particularly vulnerable. Water companies have to monitor supplies carefully. If nitrate levels rise above 50mg per litre then water no longer meets the Drinking Water Standard and can’t be supplied to homes.

The Brighton ChaMP partnership is made up of the South Downs National Park Authority, the Environment Agency, Southern Water, Natural England, University of Brighton, Brighton and Hove City Council and the Living Coast; all striving together to protect the aquifer.

Find out more about the Brighton ChaMP for Water project