The magic, mystery and myths of heathlands have been brought to life in a fun new book that explores the history of the unique landscape.

Since the beginning of last year, 17 heritage volunteers have been working across Hampshire and West Sussex to uncover the hidden treasures and historic tales of the heaths.

The final result is a colourful book of stories, entitled “The Fish, The Goatsucker and The Highwayman”. All written by the volunteers and drawing upon their interviews with local people and archive research, the tales are a mixture of fact and imaginative fiction.

The book was launched around the campfire during a storytelling session at Blackdown, the highest point in the South Downs National Park. One of the volunteers who helped produce the book, Janet Goring, who is also a professional story teller, told the story of “The Poet’s House: Blackdown” to local families. 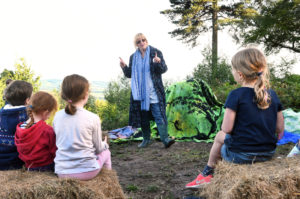 The stories will now form the basis of a schools engagement programme across Hampshire and West Sussex, starting in September.

Mary Saunders, Volunteer Co-ordinator for the Heathlands Reunited Project, said: “This book has been a labour of love for the volunteers and we’re really proud of it.

“Each story has been carefully crafted and is aimed at encouraging young people, local communities and visitors to discover the heritage of these wildlife-rich landscapes that are actually rarer than the rainforest.

“There are lots of interesting facts that we unearthed in our research that have been used in the book. For instance, the experiences of a city boy evacuated to the heathlands of Graffham in World War Two; the rebellion of starving farm workers, and the fears generated by a small heathland bird  in superstitious minds.

“It’s a great read and I would encourage people of all ages to give it a go!”

The book has been produced as part of the Heathlands Reunited Project, which is funded by the National Lottery Heritage Fund. The book’s production was supported by partners in the project, Royal Society for the Protection of Birds, National Trust, Hampshire County Council and Sussex Wildlife Trust

The 41 heaths in the South Downs are teeming with wildlife, including one with all 12 of the UK’s native reptiles as well as incredibly rare species such as the Nightjar. Just one per cent of the original heathlands in the South Downs remains and over several centuries the heaths have been separated into ‘islands’ of habitat – making plants and animals far more vulnerable to local extinction.

The Heathlands Reunited team have been working over the past three years to help restore heathland sites and raise public awareness of the heaths’ importance.

The book is now available to buy from the South Downs Centre in Midhurst for £7.99. 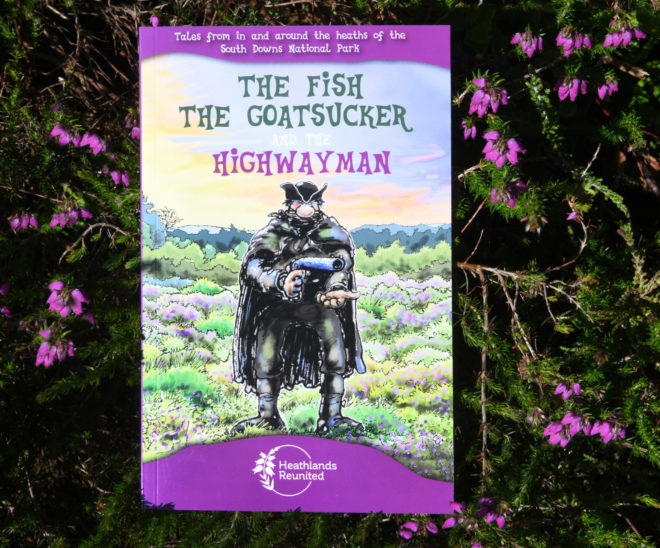 To find out more about Heathlands Reunited, head to: www.southdowns.gov.uk/HeathlandsReunited