The 50th anniversary of the first moon landings will be celebrated as the South Downs Dark Skies Festival returns with two weeks of cosmic fun for all the family. Find a list of all the events taking place during the festival.

With 2019 marking half a century since the Apollo 11 landing, this year’s action-packed festival will have a lunar theme, with moongazing sessions, indoor planetarium shows, an incredible VR experience exploring the Milky Way (supported by the Royal Commission of 1851) and the ever-popular star parties.

The festival, now in its third year, celebrates the National Park’s International Dark Sky Reserve status, which was awarded in 2016 and recognises it as one of the best places in the world to view the moon and stars. 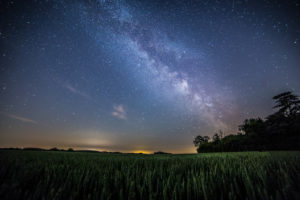 The festival runs from Friday, February 15 to Sunday, March 3 with events across the length and breadth of the National Park. The festival’s free flagship event, Stargazing South Downs, will return to Midhurst on February 16 and, for first time, also come to Petersfield on February 18 and Lewes on February 20 during the school half-term.

Activities will include a giant ‘dark night skies’ colouring wall, the chance to dress up as an astronaut against the backdrop of the moon, talks on nocturnal wildlife and interactive science demonstrations.

This year’s festival also comes as two new areas have been added to the official list of the South Downs’ Dark Sky Discovery Sites, which are the most accessible places in the National Park to view the night’s sky. Buriton and Harting Down, both in Hampshire, now make up the top 10 list, which also includes Winchester Science Centre and Planetarium, Old Winchester Hill, Butser Hill, Iping Common, Bignor Hill, Devil’s Dyke, Ditchling Beacon and Birling Gap. The designation is also based on thousands of measurements on the quality of the night sky and levels of light.

“With the full moon falling during the festival we’re looking forward to telling the story of our nearest neighbour and the influence it has on plants, animals and us.

“The star-studded skies above our heads are as valuable as our beautiful rolling landscapes and we can’t wait to share them with even more people. The immense view of the starry sky over the National Park really is a spectacular sight and it’s amazing when people see it in all its glory for the first time.

“We’re hoping to capture some awe-inspiring views of the moon and its cratered surface.”

“There is something for everyone at this year’s festival, whether you’re new to stargazing or a seasoned pro. The festival also ties nicely with the half-term holidays so it’s a great opportunity for young people to learn more about astronomy. No matter what the weather is outside, you can still come and learn about the amazing dark skies in our National Park.

“The festival is our chance to show-off our night skies, share tips on how to enjoy them and explain why they are worth protecting.  So, embrace the darkness and get moonstruck!”

More details about our dark skies