A new nature-friendly farming initiative in the South Downs National Park is sowing the seeds for significant wildlife recovery in the coming years. 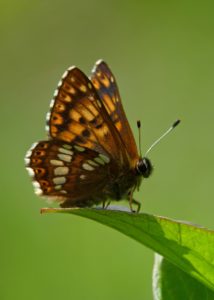 In its first year of operation, the Farming In Protected Landscapes (FiPL) programme has gone from strength to strength, working with nearly 180 farmers across the South East region to help create wildlife habitat such as woodland, hedgerows and dew ponds.

The success comes after FiPL was announced by Defra last year to help support farmers in England’s 44 protected landscapes. The National Park Authority’s farming team have been delivering the programme locally and last year they invited farmers to apply for funding.

Now, at the end of its first year of operation, more than £600,000 has gone into supporting a variety of innovative projects. Highlights include: 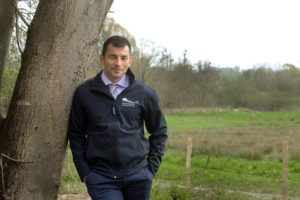 Nigel James, Countryside and Policy Manager and who leads the farming team at the National Park, said: “The first year of this initiative has been a resounding success and we couldn’t have achieved any of it without the support, ambition and skills of local farmers.

“Around three quarters of this amazing landscape is farmland, so farmers really are the lifeblood of the South Downs National Park. The South Downs continues to be a major food-producing region of the UK and this programme shows that high-quality food production can sit alongside wildlife recovery and climate action. Moreover, they can work in harmony with one another, making farms more resilient in the long-term to the effects of climate change.

“FiPL is a key strand of our ambitious ReNature campaign to create new spaces for nature in the South Downs. This is just the start and it’s exciting to think about the milestones that the farming community could achieve in the future through their continued commitment and hard work for improving biodiversity in the South Downs.”

A further £150,000 of funding has already been allocated as the programme enters its second year.

Over 300 bird feeders have been installed at farms on the South Downs between the Rivers Arun and Adur in Sussex to help threatened species.

The feeding project is being led by the 40-strong Arun and Adur Farmers Group, which submitted an application to the Farming in Protected Landscapes (FiPL) programme. 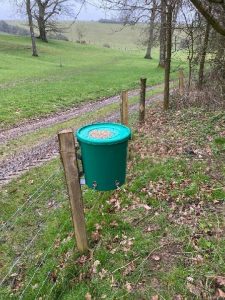 A specially-designed seed mixture – an eye-watering total of 10 tonnes a year – is fed through hundreds of feeders placed in prime positions to attract hungry beaks. The food will help red-listed farmland birds, such as corn bunting, yellowhammer and linnet, whose population numbers have dwindled nationally over the past century, but are still in good numbers in parts of the South Downs.

Another major strand of the project is large-scale mapping of the 11,000 hectares that the Arun and Adur Farmers Group looks after.

The detailed mapping, which will be completed next year, will help the farmers work together to look at opportunities for habitat creation and restoration at a landscape scale.

Innovative project is cream of the crop 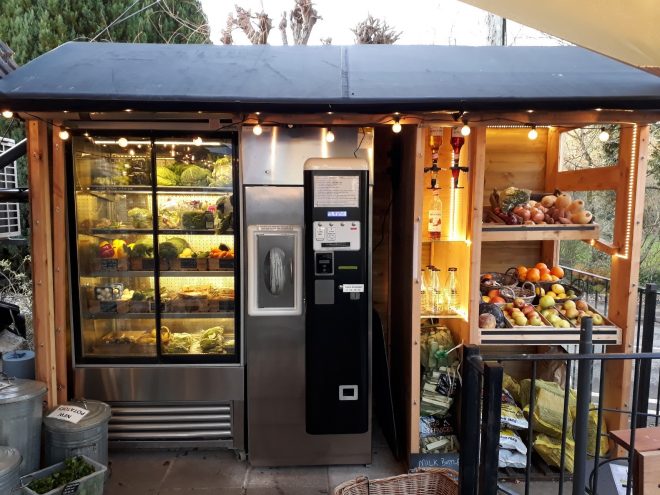 Locally-produced South Downs milk and the story of what goes into its production is being enioyed by a community thanks to the FiPL programme.

A special 24-hour milk vending machine has been installed at Meonstoke Post Office and Village Stores, together with an interpretation panel that helps people understand where their milk comes from and everything that goes into making the perfect pint.

The highly-acclaimed milk is the produce of Simon Martin Farms, a 286-hectare cow-grazing farm, near Droxford, in Hampshire .

The farm made an application to the South Downs National Park Authority to discuss how the FiPL programme may be able to help them to connect more closely with people in their local area, and to explain where their food comes from and the other public benefits that farming provides.

To deliver the project, pasteurising facilities were installed on the farm to enable milk to be processed directly at the dairy and meet food safety standards. This means the milk can be sold at the village store 2.5 miles away, just three hours after milking the cows.

The vending machine, together with a shelter to house it in, has been installed just outside the village shop in Meonstoke and a colourful interpretation panel has been helping to bring the farmer’s story to life. At full capacity, the farm aims to supply 200 litres of whole milk to the vending machine three times a week.  They are also planning to sell flavoured milkshakes during the summer months.

Farming Officer Bruce Fowkes said: “The positive responses from the local community, and the increase in customers demonstrates that people are looking to buy their food more locally and are interested to learn more about where their food comes from.” 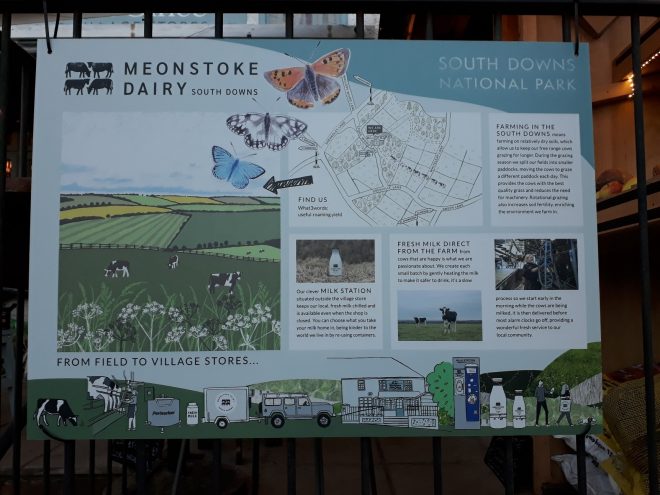 The shop owners have also reported that the milk vending machine has supported their business by bringing in new customers. The feedback has been glowing:

‘Best milk I have had since I was a child, and that’s a long time ago’

‘Best cauliflower cheese ever and today, a divine custard for apple crumble.  And it’s so local, what’s not to love?!  Your shop is amazing on every level’