The South Downs National Park Authority has won a prestigious award from the Royal Town Planning Institute (RTPI) for the environmental excellence of its Local Plan.

After picking up the South East award for Excellence in Planning for the Natural Environment, the Authority is now vying for a national award from the RTPI in the same category.

The regional award was given at a ceremony hosted by the RTPI at the Spinnaker Tower in Portsmouth.

It comes after the National Park’s first Local Plan was adopted in July and replaced more than 1,000 overlapped policies that were in existence across the area of the National Park with 92 clear policies covering all aspects of planning.

The Plan covers the entire National Park for the next 14 years and rather than being “target driven”, the policies in the Plan are based on the nationally-designated landscape. The Plan sets out measures to mitigate climate change including that any major new developments should seek to be carbon neutral, have better drainage schemes to reduce flood risk and limit water consumption for new developments.

The Local Plan also delivers vital “ecosystem services”, which are the services provided by the environment, such as clean water and air, dark night skies and tranquility. It includes over 50 Neighbourhood Plans developed by South Downs’ communities that provide local development management policies and allocate land for development. 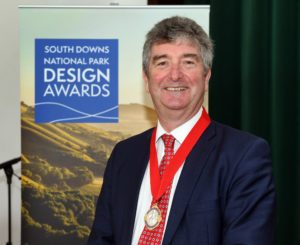 Lucy Howard, Planning Policy Manager for the National Park, said: “It’s a huge honour to receive this award. It underlines the hard work, collaboration and emphasis on excellence that went into the creation of the National Park’s first Local Plan. Our adopted Local Plan puts our nationally important landscapes first and ensures that they sit at the heart of every planning decision we make.”

The winners of the national RTPI Awards for Planning Excellence 2020 will be announced next year. 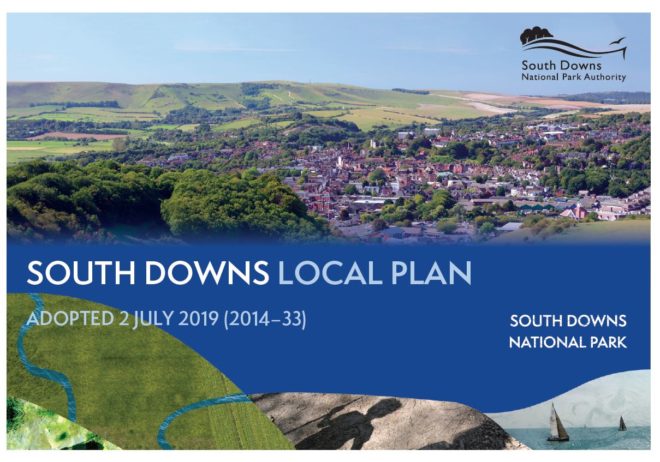 The RTPI Awards for Planning Excellence are the longest-running, best attended and most high-profile in the industry. The awards champion the very best examples of planning and planners in society. For over 40 years, these prestigious awards have rewarded the brightest talent in the planning profession, helping to transform economies, environments and communities. For more information visit www.rtpi.org.uk/events/awards/awards-for-planning-excellence/