A beautifully-crafted timber shelter is the centrepiece of a revitalised bus service serving villages around Petersfield and Midhurst.

Residents gathered to celebrate the unveiling of Rogate’s unique bus shelter – designed and built by woodsman Ben Law, who was made famous by his intricate “house in the woods” on Channel 4’s Grand Designs.

The rundown bus shelter in the centre of Rogate has been replaced with the attractive timber shelter, partly funded by the South Downs National Park Authority and sourced from local wood.

Meanwhile, Stagecoach, which took over the running of the Service 54 and Service 91/92/93 in April 2018, has revamped all bus stops along the routes with colourful South Downs-inspired branding. Since taking over the routes passenger numbers have steadily increased. 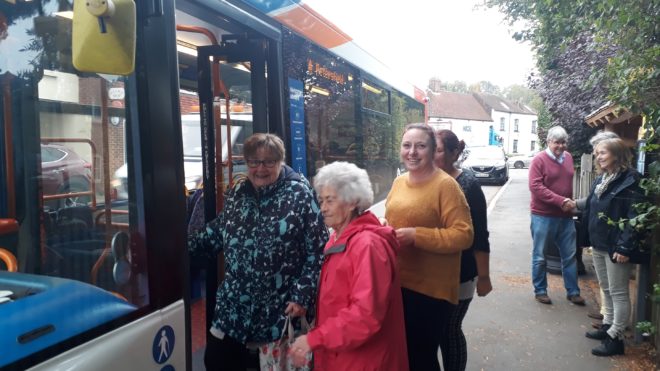 At the unveiling of the new shelter, Mary Collins, who has lived in Rogate for 55 years, said: “It’s a really lovely bus shelter, especially now winter is on the way.

Max Harwood, from Rogate Parish Council said: “The old bus shelter was quite tatty and this one is actually quite a feature in the village.

“It’s great that it’s built from wood in the local area so fits in with the whole ethos of the South Downs.”

Allison Thorpe, who leads access and recreation in the National Park, said: “Buses provide a unique experience for seeing the beautiful landscape. You are higher up and obviously get a better view! As part of the National Park’s drive towards sustainable transport, we’re keen for visitors to see catching the bus as part of the day-out, rather than just a means of going from A to B.” 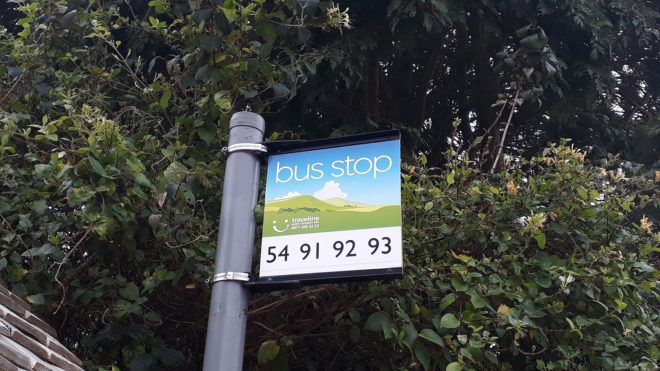