Look no feather – signal box in South Downs is brilliant for birding!

Look no feather – signal box in South Downs is brilliant for birding!

A charming signal box has been lovingly restored to its former glory and is now the perfect vantage point for bird-watching.

The signal box at Lewes Railway Land Local Nature Reserve was in desperate need of renovation after years of wear and tear.

Now the structure has been given a new lease of life, thanks to Community Infrastructure Levy (CIL) funding approved by the National Park Authority to the tune of around £15,000 for habitat restoration. CIL is administered by the SDNPA and paid by developers as a means of supporting new community infrastructure.

The CIL money has also helped to pay for improvements to water meadows and hedgerows nearby, to improve biodiversity and improve their effectiveness as flood defences.

Last October the first round of dredging and re-profiling of the ditches on the water meadows adjoining the 25-acre reserve was undertaken by Obsidian Groundworks.

As well as dredging the ditches that run between the meadows, three shallow ponds, or scrapes, were renewed to create improved wetland habitat.

This work was also supported by funding from the Ernest Kleinwort Charitable Trust and Lewes District Council.

A further £11,000 of CIL funding is earmarked for footpath improvements and new interpretation at the reserve, which was occupied by railway sidings and was the embankment of the former Lewes to Uckfield railway line until 1989. 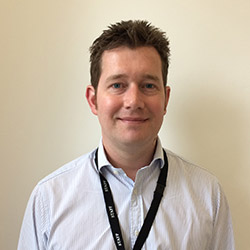 Mike Hughes, Planning Projects Manager, who oversees CIL funding for the Authority, said: “It’s great to see the signal box back in action, giving so many people of all ages a chance to get close to some of the amazing avian species at this site.

“I’m pleased that the signal box will be used for school visits and made accessible for open days, walks and festivals.

“This wonderful reserve is a perfect example of how space can be created for nature within an urban setting.”