Heathland – history of a word

Heathland – history of a word 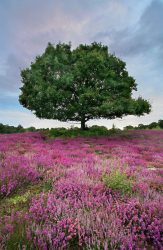 Perhaps more so than any other habitat found in the South Downs National Park, our lowland heaths are a treasure trove of wildlife and local history, not quite experienced anywhere else.

The Heritage Lottery Fund supported ‘Heathlands Reunited‘ project is a collaboration of 11 different partners across the South Downs and is working to restore, reconnect and recreate heathland sites in the National Park with the aim of creating an area of lowland heath greater than 1,200 football pitches by the end of the five year project.

But, what you might be thinking is, ‘where does the word heathland actually come from?’

Before we can delve into the question, we first need to understand what heathland is.

In short, heaths are open landscapes formed on barren, infertile soil, often composed of sand, low in nutrients and acidic, because of this, only a few species of plant is able to thrive and this is what makes heathland highly valuable as a biodiverse habitat.

Many of the heaths we have in Western Europe are cultural landscapes, meaning they are man-made following centuries of human clearance of natural woodland by grazing and burning.

As large scale arable farming began to dominate the landscape in the early Middle Ages, heaths were seen as having no real value as the unique acidic soil meant it was insufficient for growing crops. Because it had no commercial or agricultural value, heaths were utilised by commoners who would use the land as pasture for grazing animals.

Due to the association the ‘undesirable’ land had with “the commoner”, it was seen as land fitting only for a “heathen” e.g. uncivilised, untame and barbaric people. It’s out of this connotation with “heathen” that we get ‘heathland.’ 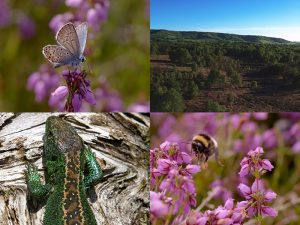 Today, lowland heath is recognised as one of the most important habitats globally for conservation, due to the 80% decline in lowland heath since the 1800s and the UK holding a fifth of the remaining global stock. Without constant human management, heathlands would struggle to survive as a habitat and we would lose many of the species reliant on heathland.

If you haven’t already, make plans to visit a heathland and see for yourself what makes them so special.