Getting to know…the Serpent Trail

Getting to know…the Serpent Trail

Despite first impressions, you might find it surprising to know that the South Downs National Park has more woodland than any other National Park in England or Wales. 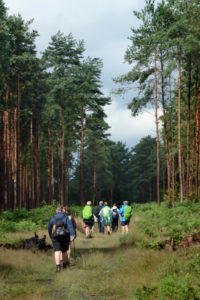 Unlike the South Downs Way, which is relatively free of tree cover, the 106km long Serpent Trail takes you through a varied habitat, consisting of open commons and dwarf forests, filled with pine, fearn and heather.

The greensand, on which much of the trail sits, is ideal habitat for our native reptiles and amphibians, including the sand lizard, adders and the Natterjack toad. For a few short weeks at the end of August and start of September, the heathland floor comes into it’s own as the heather springs to life, dazzling visitors with it’s purple hue.

The name of the Trail reflects the serpentine shape of the route. Starting with the serpent’s head at Haslemere, Surrey and the ‘tongue’ at Black Down, West Sussex. From there the ‘body’ turns west, east and west again along the greensand ridge. 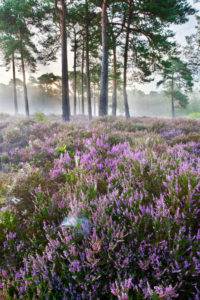 The trail ‘snakes’ through Liphook, Milland, Fernhurst, Petworth, Fittleworth, Duncton, Heyshott, Midhurst, Stedham and Nyewood to finally reach the serpent’s ‘tail’ at Petersfield in Hampshire. Public rights of way, private permissive routes and a few quiet roads link much of the access land in this area.

As part of the Heathland Reunited project, funded by the Heritage Lottery fund, the Serpent Trail is being updated to include and link up more of the isolated pockets of rare heathland habitat that make up only 1% of the national park. The project aims to promote bigger, better, joined up heathland and inspire local communities to look after this rare habitat.

Following the trail is relatively straightforward, both the head and tail route are marked by colour coded waymarkers. The purple ‘tail’ route marks the trail from Haslemere to Petersfield and the green ‘head’ route, marks the way from Petersfield to Haslemere. Just be careful to take the right footpath as some parts of the trail snakes through Open Access Land, meaning there might well be multiple permissive paths all leading off from one another.