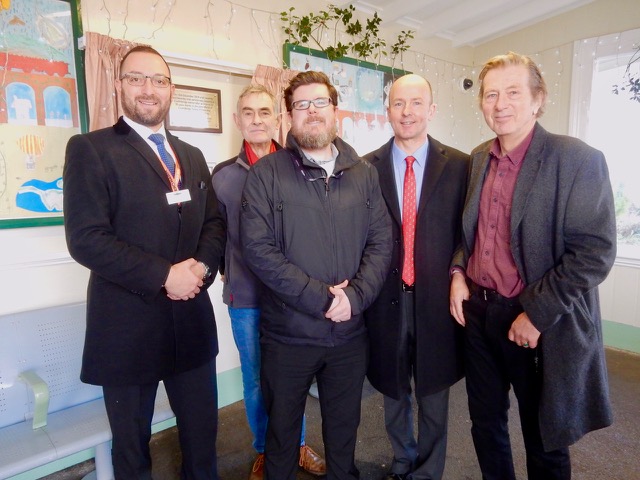 Campaigners are celebrating after Sunday services are set to be introduced at Cooksbridge railway station, a gateway to the National Park.

Kevin Froude, from Cooksbridge Station Partnership, writes about the victory.

Cooksbridge station, two miles north of Lewes, is situated right on the border of the National Park and enjoys beautiful views of the South Downs. Directly from the station there is a network of unbroken, off-road footpaths leading up to the South Downs Way.

In 2009 Hamsey parish council started a campaign for a full hourly service, seven days per week and in 2010 the Cooksbridge Station Partnership was founded to carry this forward. Over the ensuing years there have been some incremental improvements, focussed on filling out weekday evening services. The major breakthrough came in last year when Govia Thameslink Railway (GTR) agreed to provide an hourly service from Monday to Saturday. Furthermore, at an event to celebrate the first Saturday service for 35 years GTR announced that an hourly Sunday service would be added in May 2020.

At last Cooksbridge will become a fully viable gateway to the National Park for visitors travelling by train. The Station Partnership is working with the SDNPA to develop and promote two more walks starting from Cooksbridge station.

The first follows footpaths up to the Downs, then eastward along the ridge, returning to Cooksbridge via Offham Hill and the Ouse Valley. The second continues along the Downs to Landport Bottom and through Lewes to the station.

A leaflet will be launched detailing the walks in May to coincide with the introduction of Sunday services.

Having achieved its objective, the next task of the Partnership is to ensure services are well used and remain in place to be enjoyed by future generations – so the work goes on!