Volunteers who give up their free time to help protect some of Britain’s rarest habitats have received national recognition in a prestigious award scheme.

The group of 17 volunteers from the Heathlands Reunited project were highly-commended in the National Parks’ UK Volunteer Awards, which recognises outstanding volunteers across the UK’s 15 National Parks.

The commendation came after the group undertook extensive research into the history of South Downs heathland, culminating in them writing a fun and informative storybook that is now available in libraries and soon to be circulated to local schools. 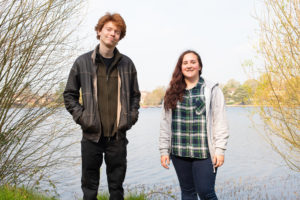 Meanwhile, Kirsty Ferris and Cameron Macdonald, who both volunteer to be Youth Ambassadors for the South Downs National Park, were also highly-commended in the awards scheme.

Reacting to the commendation for Heathlands Reunited, volunteer Elaine Ireland, from Fernhurst, West Sussex, said: “As a cultural heritage volunteer on the National Park’s Heathlands Reunited project, I learned so much about our local heathland through field trips, archive research and oral history. It was a pleasure to volunteer.

“What a wonderful opportunity to volunteer and be guided into turning our research into stories for children – and be published!”

The book, entitled The Fish, The Goatsucker and The Highwayman, includes stories relating to 18th century family life on the heath, the tales of highwaymen, the Selborne and Headley riots, and World War II.

Katy Sherman, Engagement Officer for the lottery-funded Heathlands Reunited project, said: “We were delighted to find out that from all of the nominations made across the UK National Parks, our heritage volunteers were highly commended in the group category, only just missing out on the top spot. It’s an amazing achievement, highlighting the unique heritage of the South Downs and the hard work our volunteers put in to researching and communicating the stories of our heaths.

“The volunteers’ efforts on the storybook have been wide-reaching, facilitating storytelling workshops for local communities which have taken place in libraries across the project area. The book is available to loan from these libraries. It will also soon be circulated to local schools as an addition to their libraries and will be an excellent resource for teaching young people about their local heritage.” 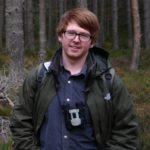 Regarding the commendation for Kirsty and Cameron, Daniel Greenwood, Volunteering Development Officer for the South Downs National Park, added: “They have done so much to promote the voice of young people in the South Downs, including giving talks at conferences and undertaking social media takeovers to champion youth action.

“Their impact has resulted in the creation of a youth volunteering initiative known as South Downs Youth Action.”