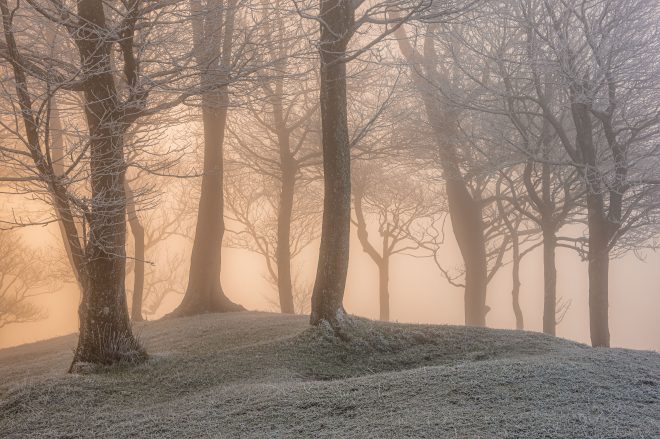 Dramatic scenes of a winter wonderland, a bird of prey in full flight and a singing Robin Red Breast are among the winners of the South Downs National Park’s annual photography competition.

“Fire and Ice”, by Jamie Fielding, took the top spot in this year’s contest, impressing judges with a captivating photograph of a frosty, crystalline treescape shrouded in a pink morning mist.

The theme for 2021/2022 was “Nature Makes Me Happy”, celebrating the wonders of the natural world and its ability to fill us with joy and inspiration. This year’s competition tied in with the National Park’s ambitious nature recovery programme, called “ReNature”, and had well over 360 entries.

The runner-up was “A Sparkling Hunt”, by Richard Murray, who was able to capture a rare moment of a mother barn owl flying majestically back to her nest with her prey.

Third place was awarded to “Taking It In”, by Andy Flowerday, who photographed a walker gazing at the spectacle of a mist-filled valley at Devil’s Dyke, near Brighton.

Coming fourth place was “Sing a Song”, by Corinne Kozok, who submitted a gleeful image of a singing robin.

About the winning image, Carlotta said: “I love the light and the feeling of the fog and all the layers in the photograph. I would be really happy standing there looking at this amazing scene in the South Downs.”

Finn said: “A lot of thought has gone into this photo. I absolutely love these kind of misty mornings in the South Downs when the sun is coming up and they make me very happy. I can just imagine being there.”

Rachael said: “I love the contrast of warmth and cold, the elegant and thoughtful composition and the subtle processing. A very classy photo.”

Jamie Fielding, from Angmering, West Sussex, picks up a £250 prize. He said: “Sometimes nature just makes you sit back and say ‘wow’. This was one such morning. There was a beautiful mist shrouding Chanctonbury Ring and, given the sub-zero temperatures, a stunning hoar frost was forming on the trees as well as the ground. As the sun started to rise, the mist began to glow, giving an ethereal, otherworldly feel to the scene. When conditions play out like this, and nature is one your side, it’s hard not to come back from a shoot without a smile on your face.” 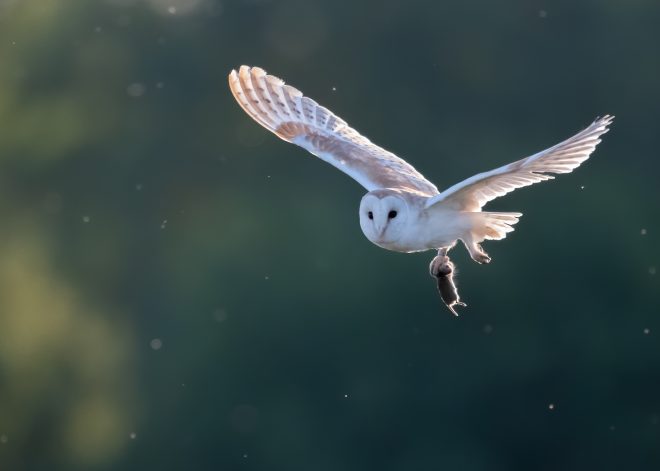 Judges adored the runner-up image of the barn owl, with Rachael commenting: “This photo really makes me happy because I’m a sucker for a barn owl! I just love them and they’re one of the most incredible birds. Catching a barn owl with its prey is just great.”

Finn said: “It’s a conversation starter, that’s for sure, and you’re going to have an emotional reaction either way. I’ve only seen a barn owl once in the Downs and it was incredible. To capture it in this kind of photograph in full flight with its prey is truly impressive.”

Richard Murray, from Waterlooville, in Hampshire, who picks up a £150 prize, said: “Barn owls are one of the most majestic birds to watch and photograph. I’d been observing this owl for several months in a field close to Petworth. I was lucky enough to be able to set up a hide within the field which allowed me to watch this magnificent and highly-efficient predator effortlessly catch prey time and time again to take back to feed her chicks. This photo captures the owl returning to her young after another successful hunt, flying through the insects which glistened in the evening light.”

Commenting on the stunning image of Devil’s Dyke, which earns Andy Flowerday a £100 prize, Doug said: “This shows a different aspect of nature. You can imagine yourself sitting there, but it wouldn’t stay like this for long. It’s a really special moment.” 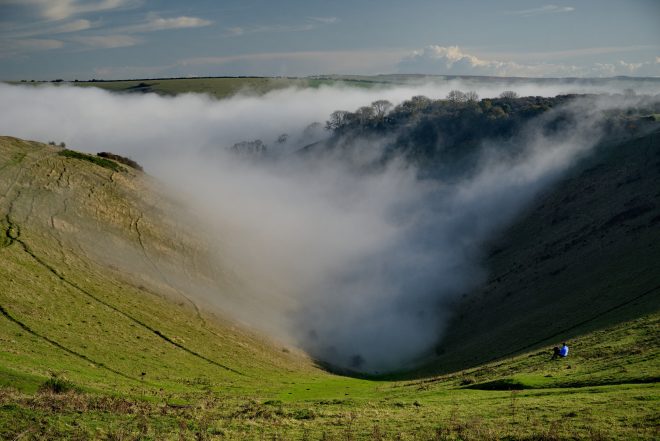 Rachael said: “This captures such an incredible moment in the South Downs, with a walker gazing at a mist-filled valley and really appreciating the natural world. It fits the brief perfectly.”

Carlotta added: “This is quintessentially the South Downs. It makes me happy.”

Andy Flowerday, who lives in Patcham, said: “I went up to the Dyke before sunrise on this early November morning and the cloud inversion was already filling the Dyke and was spread across the Weald as well. The mist was swirling around, stirred up by the rising sun. I was just about to leave and decided to take a couple more photos as the light looked great – and the bonus was this person resting and taking it all in, giving the scene a sense of scale.”

The delightful image of a robin was taken near Winchester, and earns Corinne Kozok, of Avington, a £50 prize. 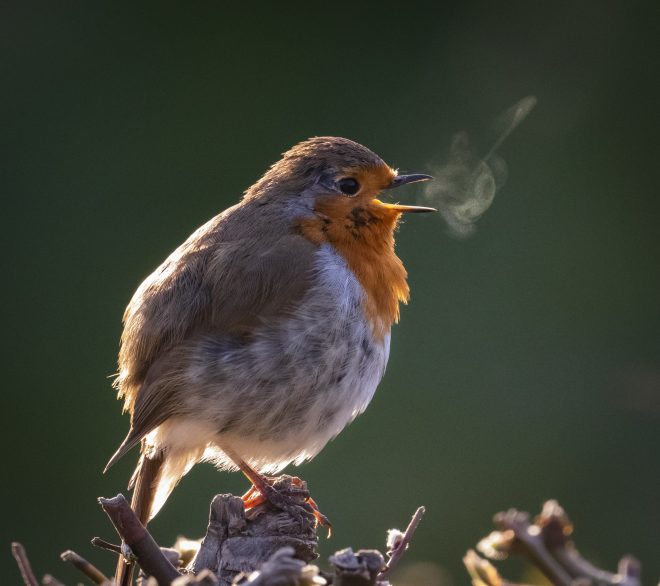 Doug said: “This image really makes me smile. It’s yet another illustration of how nature can help us – and why we should help the natural world.” 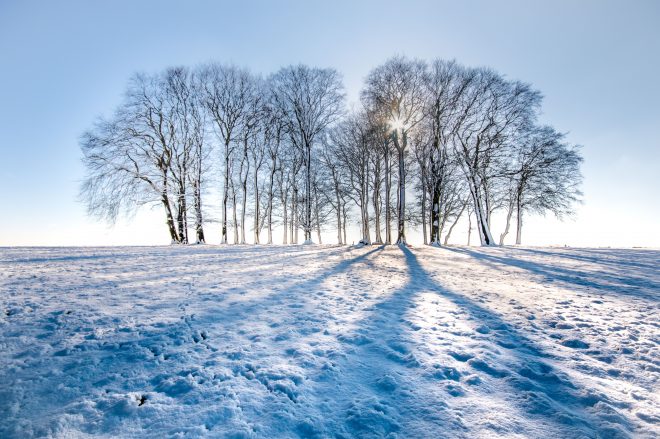 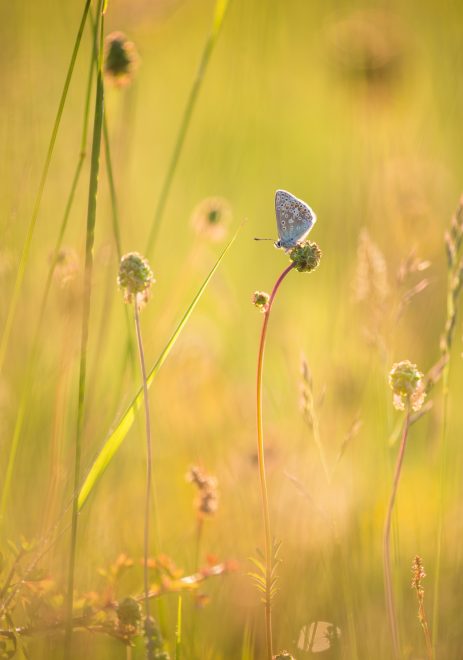 All the winning and commended images, as well as 16 other shortlisted images, will now be put forward to the People’s Choice.

People can vote online for their favourite photograph and the winning photographer will receive £100. The online poll closes at midnight on 31 January.

Visit www.southdowns.gov.uk/south-downs-photo-competition-2021-22-peoples-choice-vote/ to cast your vote.