Tribute to a dedicated advocate for the South Downs

Tribute to a dedicated advocate for the South Downs 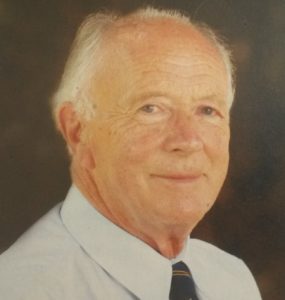 Lord Renton was the independent Chairman of the forerunner to the South Downs National Park, Sussex Downs Conservation Board (SDCB), then South Downs Joint Committee (SDJC), from 1998 to 2008, the critical period when the National Park debate took centre stage. He took over the helm at the end of a six year “national experiment in Area of Outstanding Natural Beauty management”, when no-one knew what the fate of the South Downs was likely to be, for no studies or decisions had been made as that government-sponsored experiment drew to a close. It was to be another decade before a resolution. In the interim, Lord Renton masterfully steered the management of the area through the choppy waters of uncertain and shaky short-term agreements and annual budget bids.

Lord Renton proved a loyal South Downs advocate. Government prevarication over the AONB experiment was met by Lord Renton tabling a Private Member’s Bill, for an enhanced Conservation Board model, with stronger powers, permanent status and funding (but not planning).

When West Sussex County Council submitted a planning application to itself, for a large permanent waste facility in the South Downs, the ensuing debate in the advisory SDCB highlighted the lack of teeth of the AONB without planning powers, in the control of local authorities. A vote was taken and tied, but the chairman’s casting vote carried a motion to defer, which would have been too late, after the WSCC decision. Lord Renton never fell into that position again. The Bill was superseded by the proposal for a South Downs National Park. Once that took root, Lord Renton turned his energies to seeking a definitive conclusion to this desire. 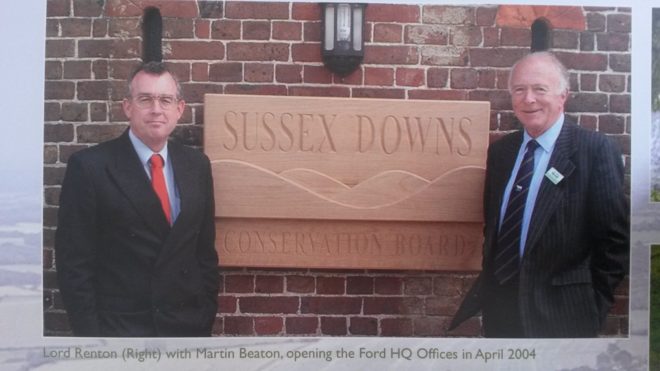 He was an excellent Chairman, who managed with great skill 36 members of the SDCB and then, even more cumbersome, 46 members of the SDJC, which succeeded the SDCB in 2005, as a transition to a Downs-wide management solution. His success was such that in his 10 years in charge there was hardly ever the need for a vote, the debate being steered smoothly to an agreed, unanimous conclusion. Though, at times, he kept members from their lunch, until he gained that all-important decision. He ensured strategic decision-making, sternly reprimanding any member who demonstrated bias, arguing in favour of their local patch, reminding them that they were there to represent the South Downs, not their council / area (his Chief Whip skills coming to the fore). He was highly supportive of the staff, so highly regarded that he was invited to and attended the staff Christmas lunches.

In his early days as Chairman, with the uncertainty of the future management of the South Downs, he engaged with the responsible Minister (Labour’s Michael Meacher), to seek assurances and security. Later, he challenged the government’s responses of “soon” or “very soon” to when a decision would be made, asking what this timescale really meant. The reply he received was that “very soon was sooner than soon”! When one or two recalcitrant councils resisted paying their annual fee, he moved in with quiet, but firm diplomacy, successfully coming back with the cheque.

The fact that it was the Labour Party that had called for a South Downs National Park could have made things very tricky with a Tory Chairman, but Lord Renton handled the politics with an adroit hand. He did enough to at least neutralise the opposition, to aid a smoother run-in to the eventual National Park confirmation, liaising with Labour government ministers, always with the best interests of the South Downs at heart. He often spoke up for the South Downs and related issues in Westminster, asking for briefing sheets on one side of A4 – that was always a challenge, but a great discipline.

Lord Renton stepped down from his post in 2008, after the decision had been ratified to confer National Park status, but before the South Downs National Park Authority came into being. He quietly confided in me that he’d agreed to become Chairman due to his love of the Downs and that it would be an enjoyable task, which it had been; but it was no longer fun. Tim Renton has been described as a liberal, urbane and moderate Tory. He was a true genial gentleman in his chairing of the South Downs and thanks to him the passage from uncertain AONB status to assured National Park designation was considerably eased and finally realised. We owe him a huge debt of gratitude for guiding this precious landscape through troubled times to a successful outcome.