On a scorching day on Thursday 6th July 2017, we hosted our fourth South Downs Research Conference. Sponsored by Coast to Capital, the day was opened by Trevor Beattie and Jamie Watson from Coast to Capital who then introduced the first keynote speaker of the day.

The event was well attended with over 90 delegates from 16 academic institutions and 20 public or private organisations. We also received more oral and poster presentation submissions than ever before so had a fantastic pool to select from. The eight presentations selected covered a huge variety of research topics, including how people with impaired vision interact with the South Downs National Park, Tithe mapping of land use in the Rother Valley and an Evaluation of Field Systems and Pits in Stansted Forest.

A full programme and proceedings from the day can be viewed below:

We were extremely excited to announce not one but two keynote speakers for this year’s South Downs Research Conference:- 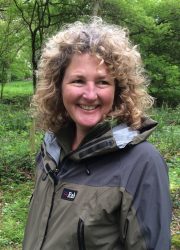 Dr Ruth Feber is a Zoology Research Fellow with the Wildlife Conservation Research Unit (WildCRU) at Oxford University. Brought up in Hampshire, she first moved to Oxford as a Biology undergraduate, and there developed her interest in farming and wildlife, staying on to undertake a D. Phil at the University’s farm at Wytham on the effects of arable field margin management on butterflies. She went on to study the effects of organic farming on biodiversity at HRH’s Duchy Home Farm and, since then, her research has broadened to encompass work on a range of plants, invertebrates and mammals on farmland, from single-site to landscape-scale projects on field margins, ditches, set-aside and woodland, within the wider context of human-wildlife conflict in the UK and abroad.

Ruth has published many scientific articles. She is co-editor of two major academic volumes which synthesize the results of WildCRU’s agroecology studies over the last 25 years, Wildlife Conservation on Farmland, and has written an accompanying practitioner’s handbook communicating key results from WildCRU’s farmland research in a more accessible format. She has just finished writing a similar style handbook on the wildlife of Britain’s canals and navigable waterways for the Canal and River Trust. 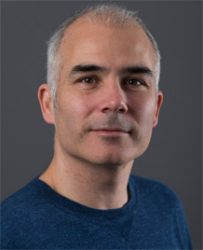 This conference was sponsored by Coast to Capital, for more information on the work they do, visit their website here.